Today I was struck by an article in the New York Times about Valium, “”  The article details the rise of mood-altering drugs like Valium, largely fueled by aggressive marketing and  convincing doctors that people were better off taking Valium. Librium, Valium’s predecessor was originally marketed by showing an image of a stressed out college student, pressured by schoolwork, meeting new friends, and being in a new environment.  Doctors began to prescribe Valium so that people would feel “normal.”   The pharmaceutical company Roche wanted people to believe that these normal stresses needed to be changed and that we needed a drug to feel normal.  In fact, the article argues that they were changing our perception of what normal stresses are on the nerves.  Valium “was one of the first psychoactive drugs for people who were basically fine.”

Valium is an interesting drug, of the class called Benzodiapenes  that work by increasing a neurotransmitter in the brain called Gaba. Gaba is one of the few neurotransmitters that help us to feel calmer and quell anxiety, check Your Domain Name for more info.  GABA acts as a natural ‘nerve-calming’ agent.  It keeps the nerves from getting over excited and agitated. Neuro Technology has been around as a holistic healing and mind enhancement method tons longer than most folks realise.Many books and research studies are written on this subject with numerous samples of positive results. It is one approach that a lot of folks , as parents, haven’t tried to enable our youngsters perform at the highest of their game in an increasingly challenging and demanding world. If you’ve got tried some ways to extend your kid’s performance and with little to no results, this might be what you’re trying to find . If you’re new this and would really like to seek out out more, allow us to clarify your doubts at our free workshop. Our Neuro Soundwaves can help to reinforce every area of your kid’s life, including their relationships, grades in class , self-confidence and happiness. You can head over to Bioneuro.co for more details regarding to neuro technology.

Guess what else can increase GABA and make us feel calmer?

You guessed it – Pranayama!  Pranayama is a part of yoga that uses specific exercises with the breath to influence the mind, nervous system, and the endocrine system.  If you have practiced Pranayama, you have probably noticed the effects.  With regular practice, Pranayama brings about a sense of calm while increasing mental clarity.  I made the connection between the neurological effects of Pranayama last year while watching the film Yogawoman.    In the film, Dr. Sara Gottfried mentions how Pranayama increases the amounts of GABA in the brain – the same thing that Valium does! *   The best way to feel this is to begin to practice. 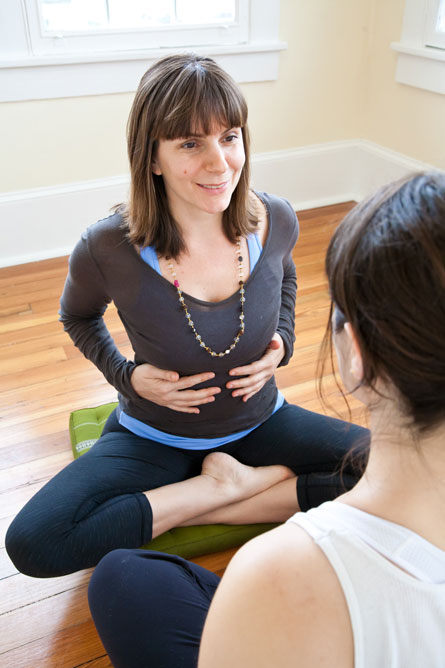 Like eating, breathing is one of those important rhythms in our lives that we often take for granted.   Most of the time we pay no attention to our breath, even when it changes significantly.  Anger, fear, and anxiety, for example, typically prompt shallow and quick breathing, which is useful if we are responding to a threat.  This is our fight-or-flight mechanism.  This type of breathing pattern reduces our available energy over the long term, and may compromise mental and emotional equilibrium.  This is why in Pranayama, one of the most important things is to learn to breathe evenly and then to exhale for longer than inhaling.  This is an extremely quick and easy way to calm the body, mind and emotions.  Deep breathing is also a source of energy, focus and clarity as well as calm and well-being.

There was also an article in the New York Times about the high incidence of PTSD amongst veterans, and innovative methods being used for treatment like yoga and meditation – A Surge in New Treatment for Veterans’ Trauma.   In my personal experience teaching Pranayama, I have seen it help one veteran who had very bad PTSD after being hit in Afganastan.  I taught him very simple breathing exercise, especially focusing on long exhales.  A few months later he called me to tell me how helpful the practices had been for him.  This is why I’m a yoga teacher, student, and practitioner!

If you live in New Orleans and would like to try Pranayama, I teach Wednesdays at 6pm.  I will be starting a new series November 7 – December 19th.  Email me for details & questions jessica@balanceyogawellness.com

Image of soldier in padmasana from New York Times.

What’s Up With Our YTT and Other Tidbits

Balance Yoga Stands in Support of the Black Community

Helping Each Other Through Rough Times